Mobile phones are updating very fast with changes every year. Like the appearance, screen, function, and software ,phone users can feel variable power of technology. Technology challenges have never stopped and update smart phones to be perfect than before. One challenge is the charger.

There are differences chargers in the pass period and let us showing as below:

One battery of mobile phone name was Nickel-Cadmium Battery, it was large and detachable early ,can be flexible replace, the capacity was below 500mAh and needed to spend 12-14 hours to charge in full. The charger of power was just 1-3watt only.

Then the battery was becoming thinner gradually, the material of battery updated to Lithium Ion Battery , The capacity was 600-1000mAh and the charging time was 8 hours in full and it didn’t unreplaced any more. The charger of power was 5-10watt. And the outlook of previous charger was charger socket with cable, they were a whole part and can’t be detachable , the port was small and round, and its middle with a thin pin to connect the power. The cable can be connected electric current only, didn’t have function to transfer data.

Next the battery generation was still Lithium battery but updated the capacity and quality. their batteries were 2000-3000mAh capacity and the charging time was 1-2hours and the power was 10-15w.The charger outlook were rectangle mostly, the port is micro rectangle too. The cable can be connect with charger for charging and transfer data, and can be charging phone only by cable without charger socket.

And now is updating to Liquid lithium ion battery and Polymer lithium ion battery, updated to integrated with the circuit board. Their batteries are 4000-5000mAh(Newest version is 6000mAh ) capacity and the charging time is 5-20 minutes only, so two words are coming out: ”fast charging ” “super charging” and Botong power have QC15/20w(quick charger),and PD 20/25/30W charger.

Why was the charger power so small at that time? And why the power is stronger year by year? There are two main reasons:

The botong power is a factory which is major at producing the quick charger QC charger, and PD charger like PD20W,PD25W ,QC15w,QC30W.All of them are the high quality charger with best pcb board with good quality component so that the charging time is very fast. And warranty can guarantee. Better charger better service is out slogan! 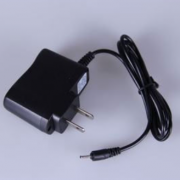 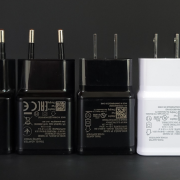 Want to join the discussion?
Feel free to contribute!

How to Clean Phone Charger Port